Immigration Fears: It’s All about Sowing and Reaping

This article was originally posted on another one of my blog sites on Thursday, April 29, 2010. 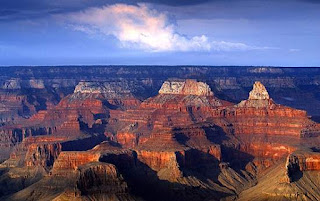 The Arizona Legislature has dug itself into a deep hole due to the recently enacted (mean-spirited) legislation aimed at all Latinos, one that will make it extremely difficult to ever be recognized as "The Golden Rule State" again; a motto emblazened on it's cars' license plate that belies a 'help thy neighbor' status it once claimed.
There is a verse in the Bible of which I have known and believed strongly in for the longest time, which states, “Do not be deceived: God cannot be mocked. A man reaps what he sows,” (Galatians 6:7). 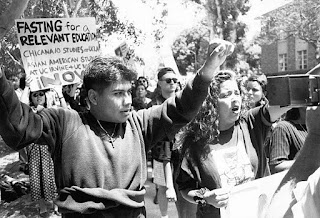 This verse basically states that whatever a person (or a nation) does, whether good or bad, whatever seeds they plant, the net produce will yield a like-minded harvest. Some folks call it Karma, a term that comprises the entire cycle of cause and effect. Karma is a sum of all that an individual or country has done, is currently doing and will do. The effects of all deeds actively create present and future experiences, thus making one responsible for one's own life, and the pain in others. 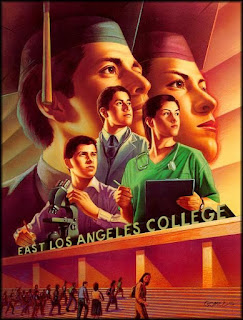 During my years as a teacher in both Los Angeles and Riverside school districts, I always shared this sowing and reaping philosophy with my students. I used to tell them that they can’t plant wheat and expect a harvest of tomatoes. I used this analogy to tell them that they can’t sit back and watch others work harder than them and expect to be promoted or make the same salary they do. It was my way of telling the kids to work as hard as they could and never give up on trying to fulfill their dreams. Some of the students complained that there is too much discrimination and no matter how hard they try, many doors will be closed. I told them to never, ever let anyone discourage them from being the best that they can be. 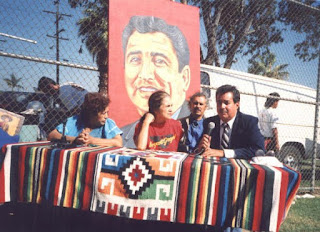 At the same time, I also told the predominate community (through my radio, TV talk shows and newspaper columns), that they needed to embrace minorities and bring them into all aspects of the American experience. I supported bilingual education in the early grades because it helped immigrant kids to assimilate into the American mainstream at a more accelerated pace. I also told my students to master the English language, which is the key to excelling in any subject matter and sorely needed later in life to compete in the American marketplace. My entire career involvement included supporting numerous scholarship and other educational opportunity programs for young Latinos and Latinas, and basically seeking for them total inclusion to all economic, social, political and media institutions. I used to tell the predominate community, however, that if they continue to exclude Latinos from these institutions, one day those actions will come back to haunt them. My belief in the sowing and reaping axiom was the primary logic for this caveat. 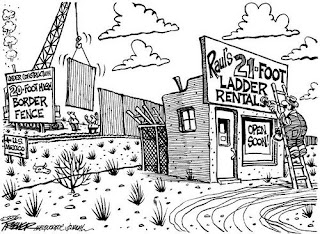 Unfortunately, most of those doors remained closed, and no amount of civil dialogue was as affective as the walkouts and demonstrations in the late 60’s and early 70’s. Yet, many of us civil rights era activists tried. Now, primarily due to America’s incessant demand for cheap labor, immigrants from Mexico cross over to this country in droves. This didn’t bother too many folks until recently; it now scares many of them to death. Sadly, the current debate on illegal immigration has brought to the surface much inherent negativity (building high fences, community activist patrolling of the borders and mean-spirited legislation) towards Latinos in general. 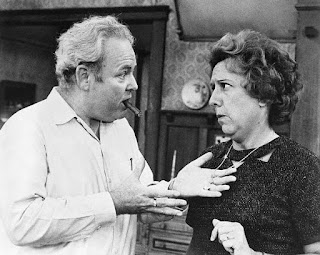 The reasons cited are that illegal immigrants are taxing America’s education and the health delivery systems, taking jobs away from US Citizens, and (what they wont admit to publicly is) that their presence here is now diluting a predominately white Anglo-Saxon culture. Many even say that most of the criminals in American jails are illegal immigrants who have been arrested for sexual crimes. Basically, as the Mandingo metaphor was used to demean and stereotype African Americans as sexual savages who prey on white woman, thereby blocking them from gaining their rightful place in the American landscape, these similar tactics and fallacious accusations are being used to incite white America to stereotype Mexicans as worthless human beings and a pariah on a cultured society. Although their epithets are baseless and amount to panic rhetoric, it is having a reactionary affect designed to keep immigrant labor from coming into this country, and it most certainly provides cannon-fodder to many American citizens who are bitterly impassioned to get rid of those who are already here, including the young Mexican American citizens who were born in the US to immigrant parents.
However, there is a major difference in the historical xenophobic saga of blacks and Mexicans. Africans did not migrate to America; they were forcibly brought here to function as slave laborers. The Mexican experience could be considered worse. While Mexico is one of America’s closest neighbors, we have always been treated (stereotypically) as “those people” from the other side of the tracks. 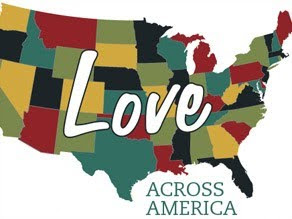 The United States could have openly welcomed Mexicans to share equally in the America Dream a long time ago. If for no other reason than for their help in building America's infrastructure (railroads, dams, mines and agricultural) through their blood, sweat and tears! They say they have done so, but only to a certain point, always reminding us to keep ourselves in our place. There has never truly been a sincere acceptance, but they keep insisting we have to assimilate or at least acculturate to their own identity. While many of us have tried, they still treat Mexicans as mere peons. 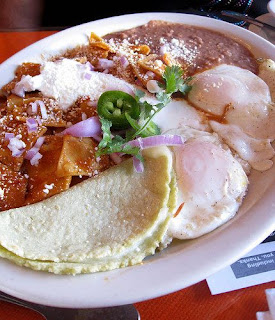 A former colleague of mine, Xavier Hermosillo, made a statement on the air about 20 years ago concerning the affect unwelcomed immigration was having on this country, which received much media attention, but little follow up by America’s institutions. Hermosillo coined the phrase, “Wake up America, and smell the refried beans.” 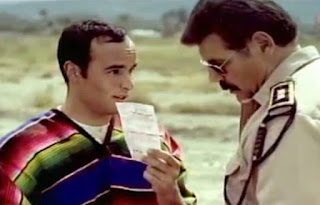 Hermosillo was in essence stating that, whether Americans likes it or not, Mexicans are part of the fabric of this country’s freedom quilt, if for no other reasons than that they are already here. This is what scares many white Americans. No “ship them back to Mexico” legislation will change this. America has always had a chance to welcome Mexicans with open arms, to participate in every aspect of the American Dream. But it didn’t! Despite this institutional derisiveness, Mexicans have worked hard at their jobs and in their schools and have remained determined to succeed in America. They now represent a more than significant consumer power, and have made tremendous inroads into the political arena, a reality that will soon haunt those who tried to keep Mexicans from sharing in the American dream! 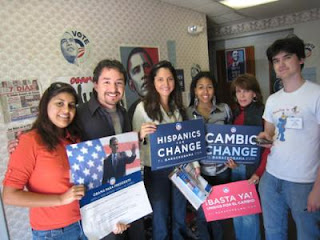 It’s plain and simple! America is now reaping what it sowed!
~
[As a third-generation Mexican American, born and raised in the United States, a military veteran, a law-abiding, taxpayer, who has been blessed by God with the ability to articulate the hopes, dreams and aspirations of the Latino people and their varying subcultures, my first and foremost responsibility is to God, family and then country. Many of my fellow Americans (and even some family members) are upset that I abide by my mandate from God to boldly speak up for immigrants and their basic human rights (whether they are considered legal or non-legal). What many may not realize, is that God, commands all of us to do so! ]

Speak out for those who cannot speak, for the rights of all the destitute. Speak out, judge righteously, and defend the rights of the poor and needy. (Proverbs 31:8-9)
~
Joe Ortiz is the first Mexican American to host an English-language talk show on a commercial radio station (KABC-AM Talk Radio, 1971). He is the author of The End Times Passover and Why Christians Will Suffer Great Tribulation (Author House), two books that refute the Left Behind and Pre-Tribulation Rapture doctrines, as well as white sumpremacism and racially motivated nativist ideologies promulgated by Right-Wing Evangelicals. He lives in Redlands and writes for several local and national periodicals. For more information about his blogs and books, click on Joe Ortiz Associates
Posted by Unknown at 7:14 PM