A Return to "Making Love" by Henry Makow Ph.D. 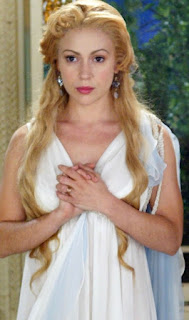 (Left, Men worship at the altar of love when they make love to their wives. )

"Making love" has been replaced by "having sex." But men and women need love, not sex.

When I was young, in the 1960's, a man "made love" to a woman. Sexual intercourse had a sacred archetypical dimension.

Sex was a means to an end, not an end in itself.

There was a psychological alchemy between a man and a woman that is necessary for human happiness. This has been suppressed by the black magicians. Instead of making love, we "have sex"  in order to destroy heterosexuality and banish love from the world.

The "making love" dynamic is deeply ingrained in the human psyche.  Women are looking for their Prince, a man who will love them exclusively and wholeheartedly. For such a man, she will surrender her heart and body. She will follow him.

Men represent the power principle. Women represent love. Men want power. Women want love. Marriage is the exchange of the two: female worldly power for male power expressed as love. Sex is the symbol of this exclusive bond. It is an act of possession.

If women are possessed by men who don't love them, they are cursed. Anonymous sex is an humiliating rejection. The message is clear. The man wants your body; he does not want you.

In The Psychology of Women (1944) psychiatrist Helene Deutsch said women are governed by masochistic and narcissistic principles. They want to be adored for sacrificing themselves to husband and children. This self sacrifice is unconditional  love -- what both men and women are seeking. The woman's example of love teaches the man to love and sacrifice.

All men crave a woman's unconditional love. It is the most precious thing in the world, why men want women. It's the wellspring of love harmony and happiness.  A loving woman performs miracles.

Instead  of a woman's love, men have been trained to seek a perfect body instead. But all women in love are Perfect 10's. A perfect body is nothing compared to the expression of tenderness and affection in a woman's face.

What pleasure can a man derive from sex with a woman who is going through the motions? Casual sex these days is following a script - one that ends with - "boy that was great" when it wasn't.

Women need sex as much as men. But she can't be truly satisfied unless they can surrender to her man.

In the Power of Sexual Surrender, (1958), psychiatrist Marie Robinson writes, that for a profound vaginal orgasm, "the excitement comes from the act of surrender. There is a tremendous surging physical ecstasy in the yielding itself, in the feeling of being the passive instrument of another person..." (158)

Woman's self sacrifice makes her husband love her. Their lovemaking creates the intimacy both seek. It is how two people become one. There is something magical in a marriage based on love.

We've all met people who have been married 50 years who swear their marriage was the best thing in their life. This dynamic is why.

But for this dynamic to work, in order for a woman to sacrifice power, naturally she must be able to trust a man. She must have the conditions defined by marriage: devotion, fidelity and commitment. Promiscuity is the antithesis of love.

That's why the Cabalist magicians encourage promiscuity and attack woman's trust in men. There is a drumbeat about domestic abuse, sexual harassment and rape. They use women to emasculate  men by teaching them to seek power instead of love. They are becoming masculine.

The magicians want to destroy the divine heterosexual dynamic that brings love into the world and creates so much happiness. They want to re-engineer the human race to be their domestic animals, i.e. goyim. 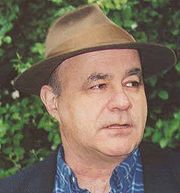 Henry Makow (11/ 12/ 1949) is a Jewish Canadian author, and the inventor  of the board game Scruples. Makow was born in Zürich, Switzerland and moved with his family to Canada as an infant, settling in Ottawa. At the age of 11, in 1960, he began to write the syndicated advice-to-parents column "Ask Henry". He received his Ph.D. in English Literature from the University of Toronto in 1982. In 1984, he invented Scruples, a game of moral dilemmas.[3] Henry Makow is the author of Cruel Hoax: Feminism and the New World Order and Illuminati: The Cult That Hijacked the World.